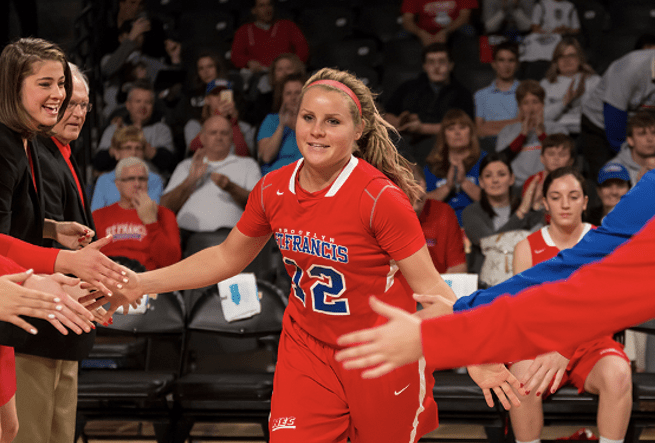 Leah Fechko grew up in Twinsburg, OH where she picked up a basketball at age 10 and never looked back! In high school, her junior year her team was the only team in Ohio (men and women) to go undefeated, 27-0, and win States. Followed by another state championship her senior year! Those successes brought her to play Division 1 basketball in The Big Apple! She accepted an offer to play at St. Francis College. Her freshman year she was name to the All-NEC rookie team, Sophomore and Junior year named to the All-Defensive team, and Senior season took home Defensive Player of the Year and All-NEC first team honors. As a team they made it to the NCAA tournament to face UCONN (March Madness)! Currently, Fechko is the only player in school history, man or woman, to record 1,200+ points, 850+ rebounds, 280+ assists and 200+ steals. From there, she went on to play professional basketball for Killester Basketball Club in Ireland.

She is excited to have an impact on youth basketball players to have fun in a game they love to play! Her main goal for each player is to be better than they were yesterday, work hard and always have a good attitude! DREAM BIG KIDS!