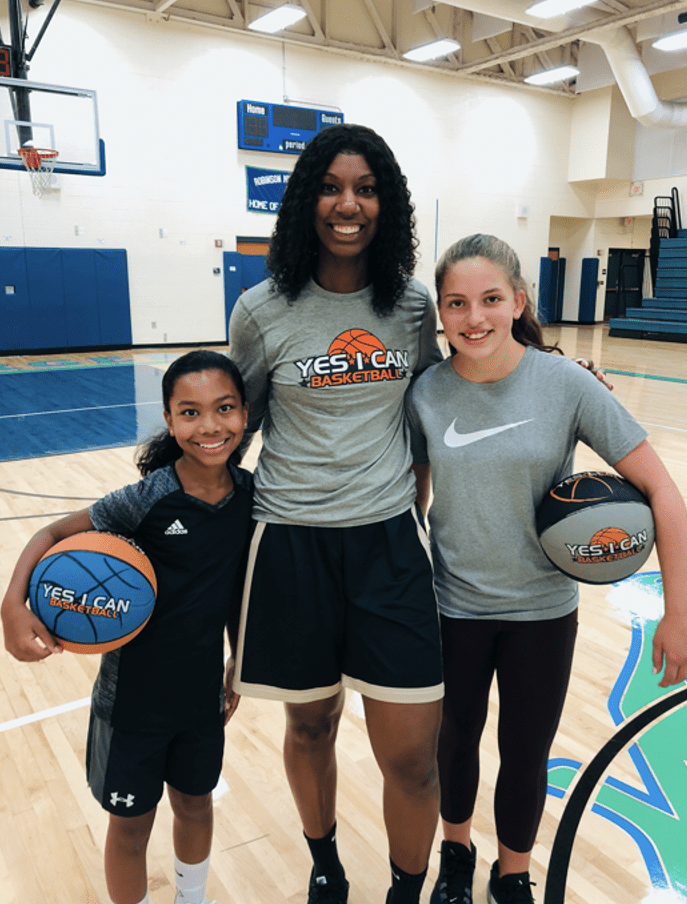 Milan is a Charlotte native who has been around the game of basketball for the majority of her life. She was a standout two-sport athlete in high school where she earned All-Conference and Player of the Year honors in both. She played college basketball at Wake Forest University, where she was named Team Captain and dubbed a “double-double machine” her final two seasons. During her junior season, she was an ACC leader in single-season double doubles. She also earned All-ACC Academic honors during her career. After graduating, she played professionally overseas in Halle, Germany.

Milan is passionate about motivating and encouraging young athletes to believe in themselves and their abilities.  She believes that confidence is a key component of basketball which is why she strives to build her players’ confidence in every aspect of the game. She is excited to join the Yes I Can family, and is looking forward to pouring into each girl she comes across.