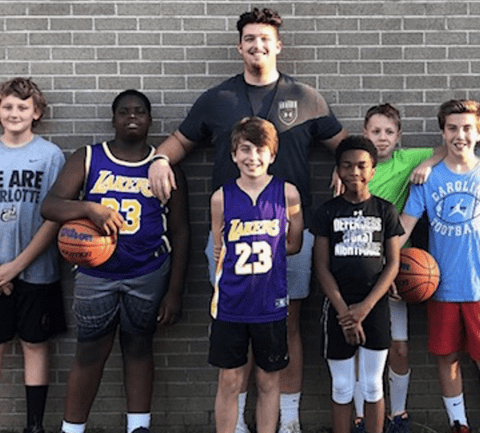 Tripp has spent his entire life in Charlotte around the game of basketball. Growing up he was involved in numerous leagues and camps year-round and always had a love and appreciation for the game. Staying local to attend Queens University of Charlotte allowed Tripp to turn his love for playing into a love for coaching. “Being able to coach in the same organizations that coached and molded me as a player was really special”, Tripp says.

As a teenager he took over as Youth Basketball Director at the Cornwell Center and helped launch the Impact Youth Basketball League where he coached multiple teams. Now a skill development trainer and AAU coach with the CLT Flight, Tripp hopes to bring his passion and knowledge of the game to the Yes I Can Basketball community. “When it comes to basketball and life, I’m a big believer in focusing on things that you can directly control; attitude, energy, and effort. Combine those three with a willingness to work hard and get better and one can become a better basketball player both on and off the court.”